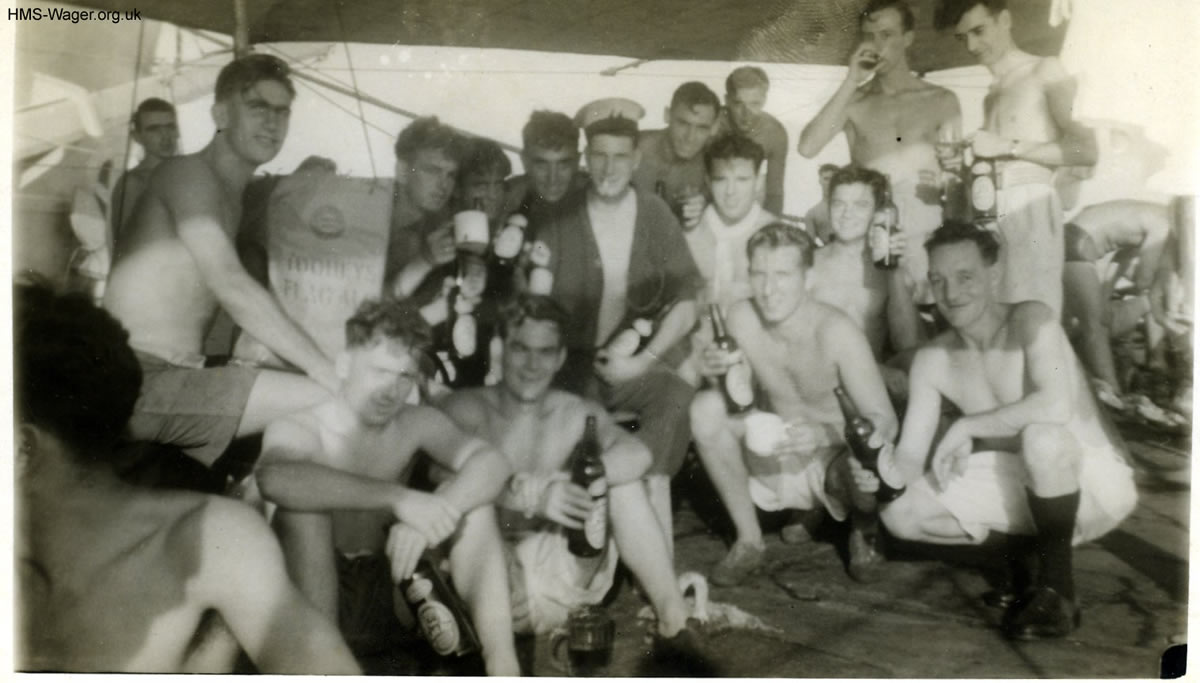 Sailors of HMS Wager enjoy a rare treat – beer on board the ship (usually it was just the daily tot of rum). The ship is probably at anchor, somewhere sunny, for the awning is rigged above them. The bottled beer is Toohey’s, an Australian brew. So far identified: Sydney Clements, standing, extreme back right with bottle; Geoff Cave, standing, back row, second from right, and drinking; Monroe, sitting, centre foreground; Jock Scullion, centre right, with scarf; and behind him, holding glass, is Raper, an Ordnance Rating from Aberdeen.