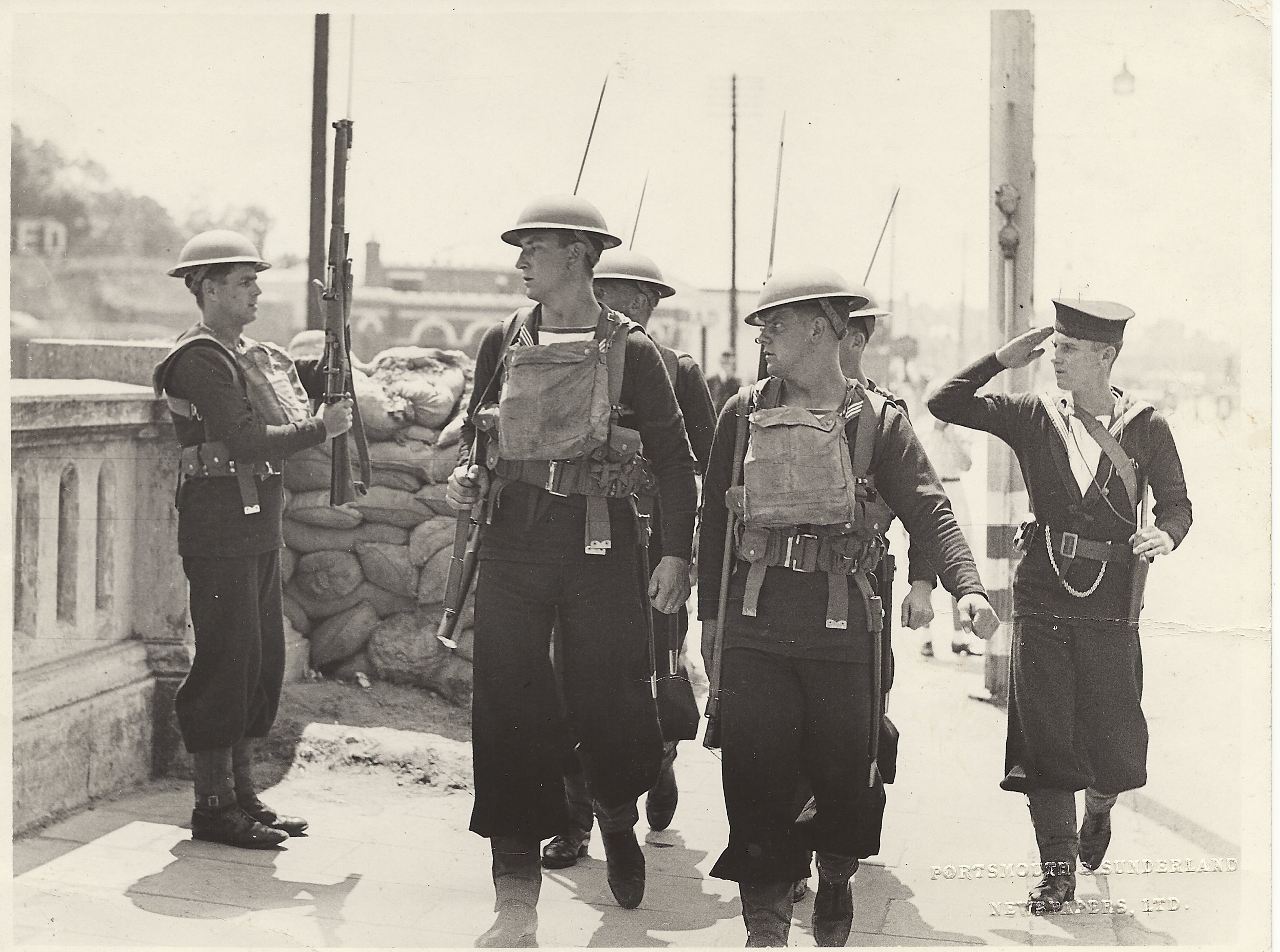 Leading Seaman Bill Anderson, in charge of a small party of men marching, and an armed sentry (the sailor on the left) about to complete the general salute, presumably saluting an officer out of the photograph (an officer of the rank of Lieutenant-Commander or above is entitled to a ‘general salute’ from an armed sentry, whereas more junior officers receive a ‘butt salute’). LS Anderson is, presumably, a gunnery instructor, for he wears the accoutrements of his branch – chain, lanyard and 18-inch gaiters and carries a pace stick with the left hand – and his salute is training manual perfect! Perhaps this photograph, taken by the Portsmouth local newspaper, The News, is of training at Whale Island (HMS Excellent). The photograph is dated, on the back of the original, June 1941 (note the wartime sandbags and the black and white stripes at the bottom of the lamp post), when LS Anderson was serving in the Hunt class escort destroyer HMS Quorn, but he may have been landed ashore for a short course while awaiting advancement to Petty Officer (when he was advanced, his seniority was back-dated to 7 Mar 1941). All six matelots in the photograph carry gas masks in their khaki canvas bags and five of them wear the standard tin helmet worn by gunnery ratings in action. The five armed men carry the Lee-Enfield .303 (Lee-Enfield Rifle No.4), the standard rifle until 1957, and each has the 18-inch bayonet fixed (with scabbard hanging from the belt to the left); usually, the rifle is carried on the left, but for those marching for some time, a rest might be afforded by the order “change arms” which, as is shown here, has been given, for the marching party of four ratings are temporarily carrying their weapon in their right hand.