HMS Kempenfelt was the leader of the 27th Destroyer Flotilla, of which HMS Wager was part.  This album of photographs belonged to a member of her ship’s company and most were taken, it is thought, in 1944-45.  Many certainly enhance the HMS Wager story, and some show sailors at work in a destroyer that was almost exactly the same in size and fittings and operated with the various ships in her flotilla.

The two extracts in the document below are taken from newspapers in Sydney about an accident that happened on HMS Kempenfelt in November 1945. 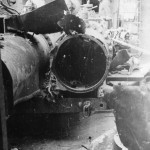 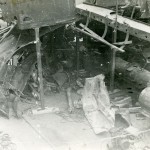 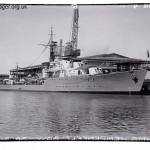